PlusBike is an all-in-one free information service for combined cycle and rail journeys, it provides bespoke information to help you plan your journey. 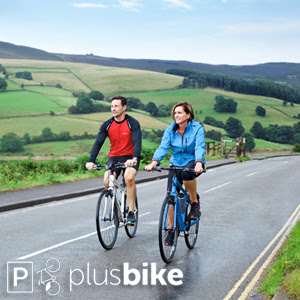 Rail passengers across England and Wales are set for better journeys thanks to a £20 million pot to fund new stations, announced on 26 August 2016 by the Department for Transport.

The next round of the new stations fund will provide up to 75% of the cost for construction of new stations or to reopen previously closed stations. The funding will improve access to the rail network and create new travel, employment and housing opportunities.

It follows on from an initial round of funding, which has already made a major difference to passengers’ journeys, with new stations at Newcourt in Devon, Pye Corner in Wales and Lea Bridge in London, and stations at Ilkeston near Derby and Kenilworth near Coventry in the process of being delivered.

Organisations such as local authorities, and train operating companies keen to boost local growth are all being encouraged to submit bids.

The deadline for bidders for the second round of funding is 18 November 2016 with an announcement of successful projects expected to be made early next year.

The Campaign for Better Transport – is calling for four main changes to the Bus Services Bill.

Firstly, they are supporting Lord Berkeley’s amendment on Meeting social need. They would like to see the Bill make clear that local authorities have a duty to assess the social needs of their residents, and to secure the transport services appropriate to meeting that need. This duty, in fact, has been established in case law (the Three Rivers case); and has been used by campaigners in Cambridgeshire to fight bus cuts. However, they think that having this duty placed on the statute books will clarify to local authorities that their first duty in planning buses is to connect people to jobs, to healthcare, and to education; and help convince them to protect socially necessary bus routes.

Thirdly, they would like more clarity in the Bill on enabling local authorities to set minimum standards for buses in their area – whether on bus frequency or punctuality – and deciding the standards that work best for them.

Lastly, they want to see the Bill provide strong structures of passenger representation. In the rail industry, bodies like London TravelWatch and Transport Focus act as a passenger ombudsman, taking up passengers’ complaints and providing an independent voice. Bus passengers too should have the right to ongoing involvement and oversight of their local transport services, not just when a franchise or partnership scheme is being developed.

The Government is keen that the Bill receives Royal Assent in time for the Mayoral elections taking place in cities around the country in May. It’s therefore likely that it will complete its passage through the Lords by the end of this Parliamentary session, ready to begin progress through the House of Commons in the autumn. We’ll be in touch over the summer to let you know how you can support our calls for a strong bill that works for passengers.

Based on an article on The Campaign for Better Transport website.

The Bus Services Bill is new legislation planned to improve bus services from May 2017, but only if your transport authority can be persuaded to use the new powers. The Campaign for Better Transport have produced a guide to the Bill for campaigners. Click here